Descent into the Depths of the Earth near Trieste 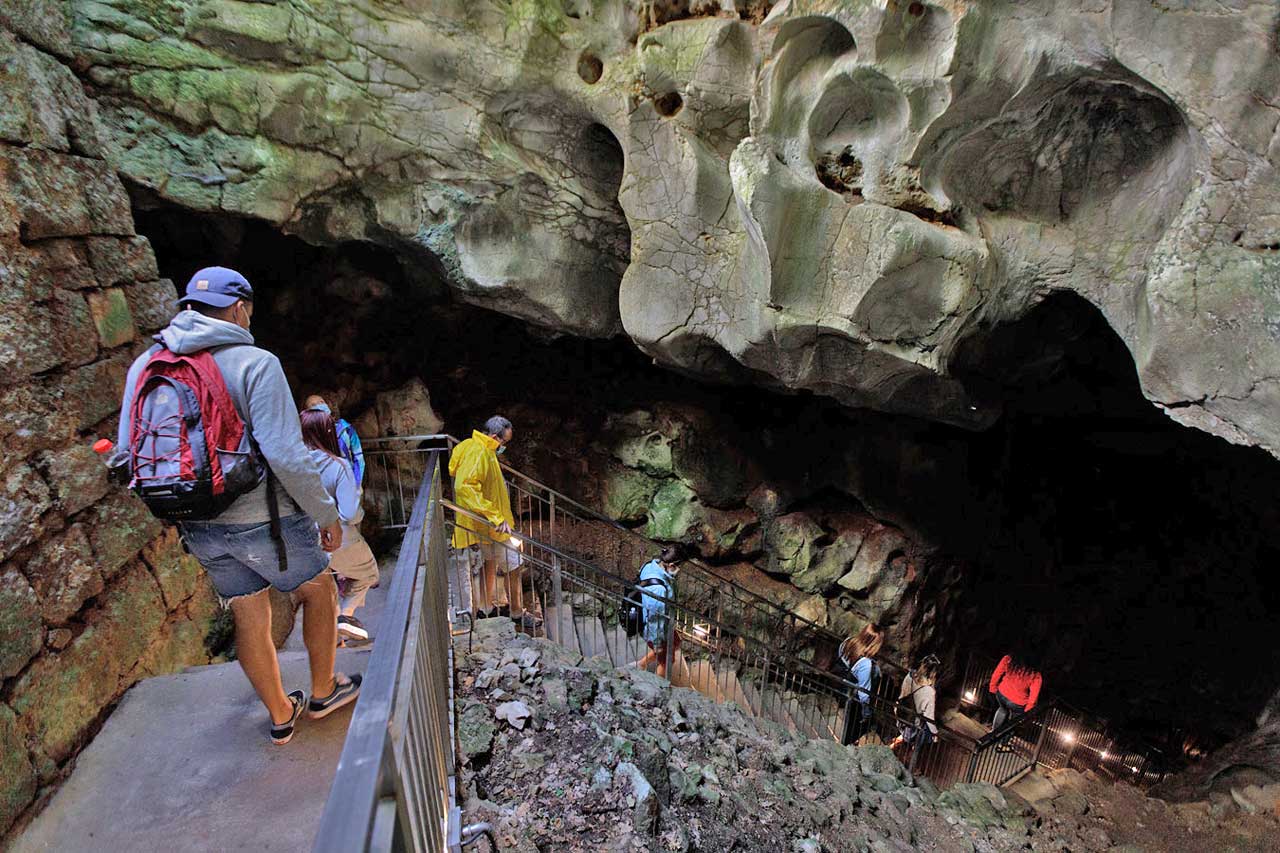 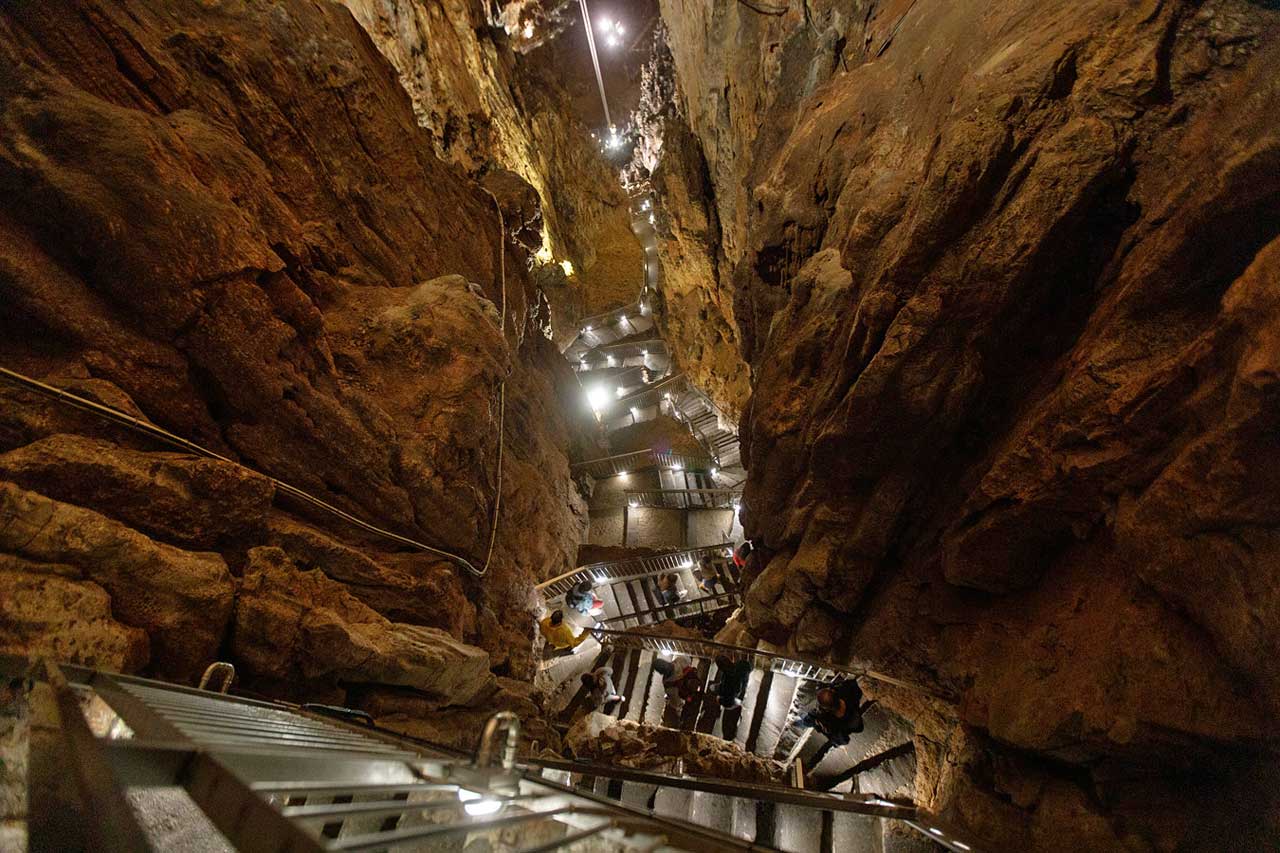 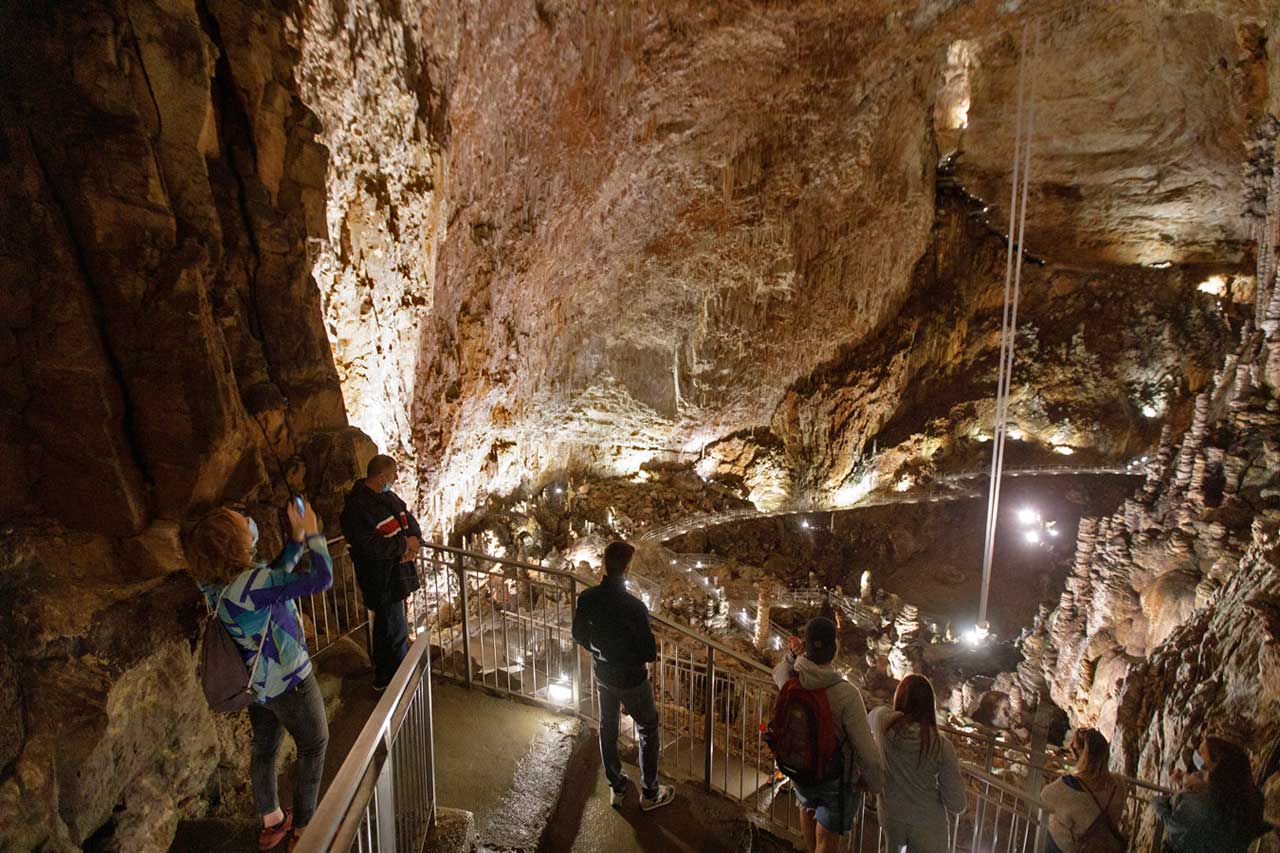 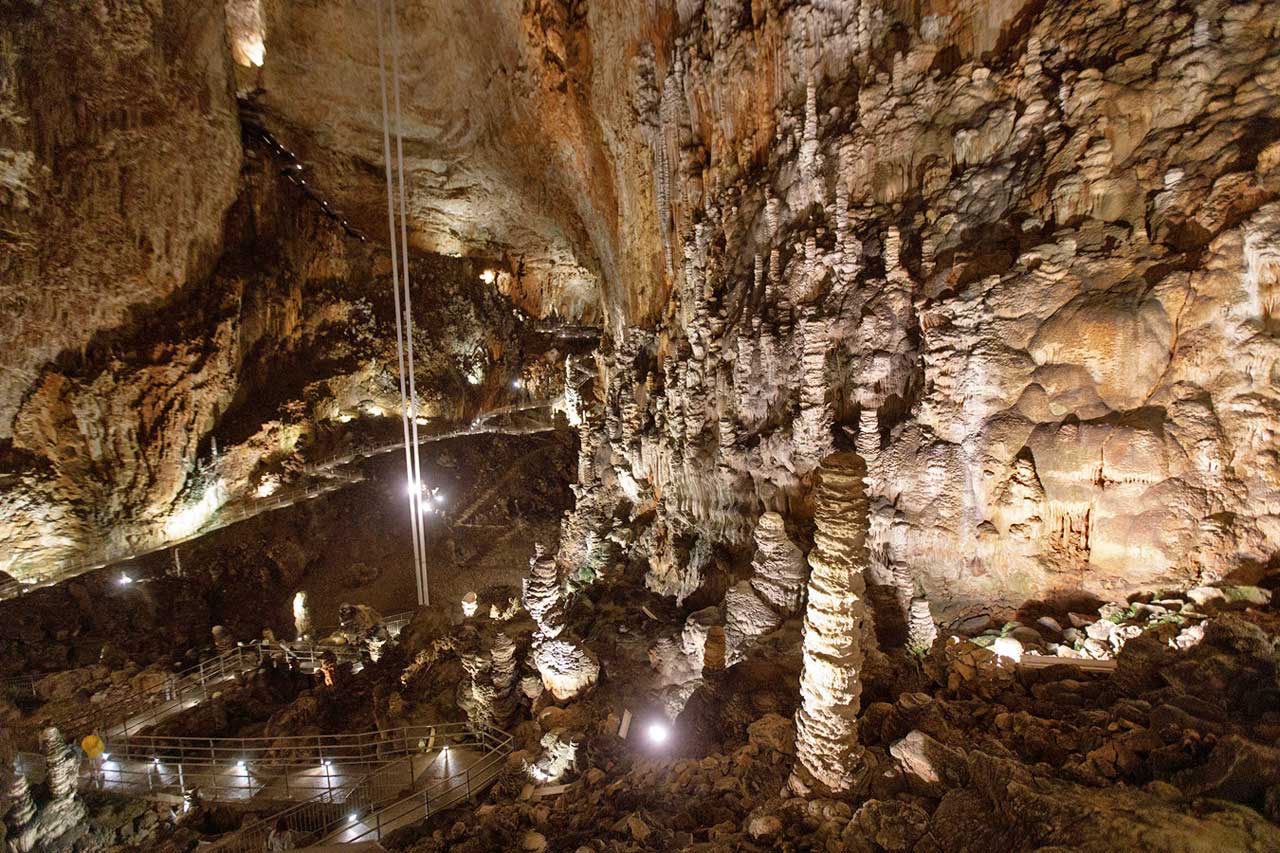 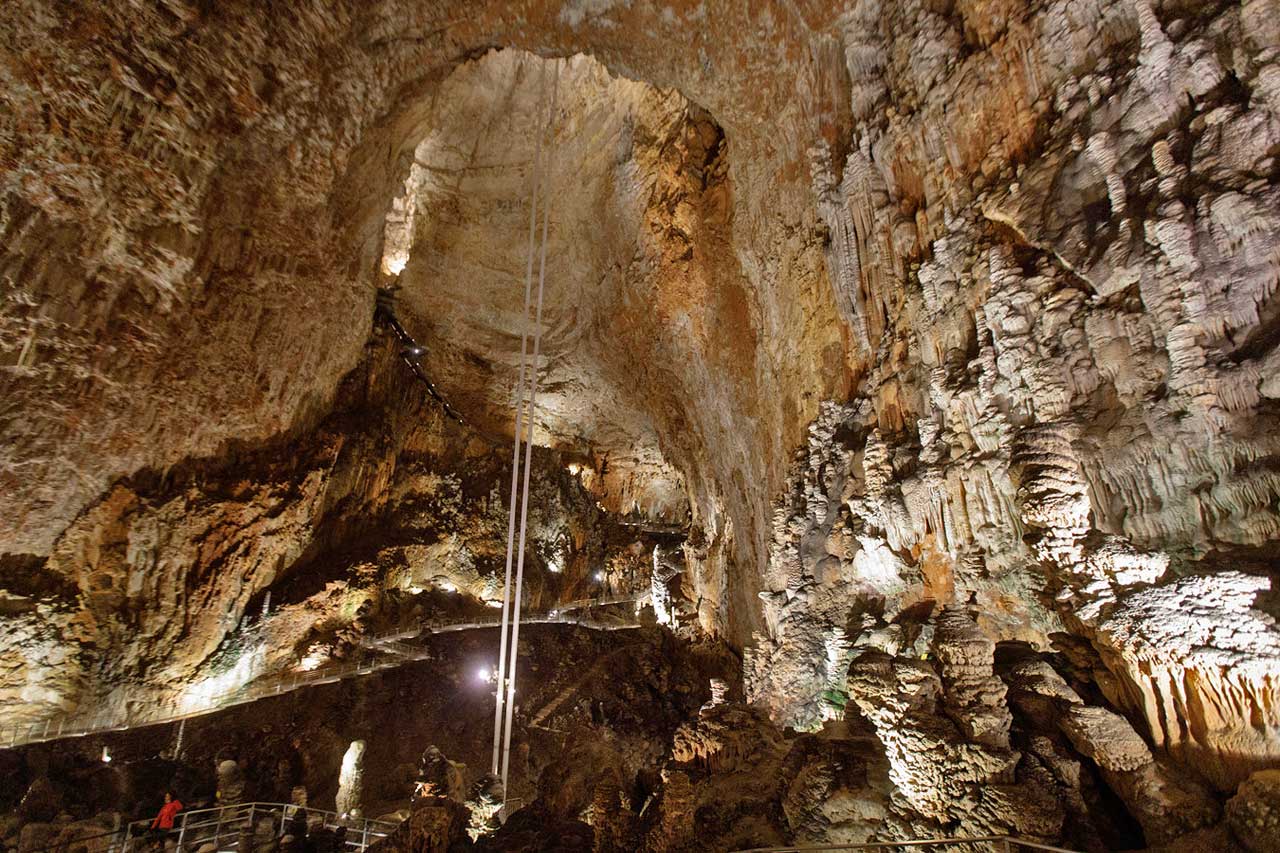 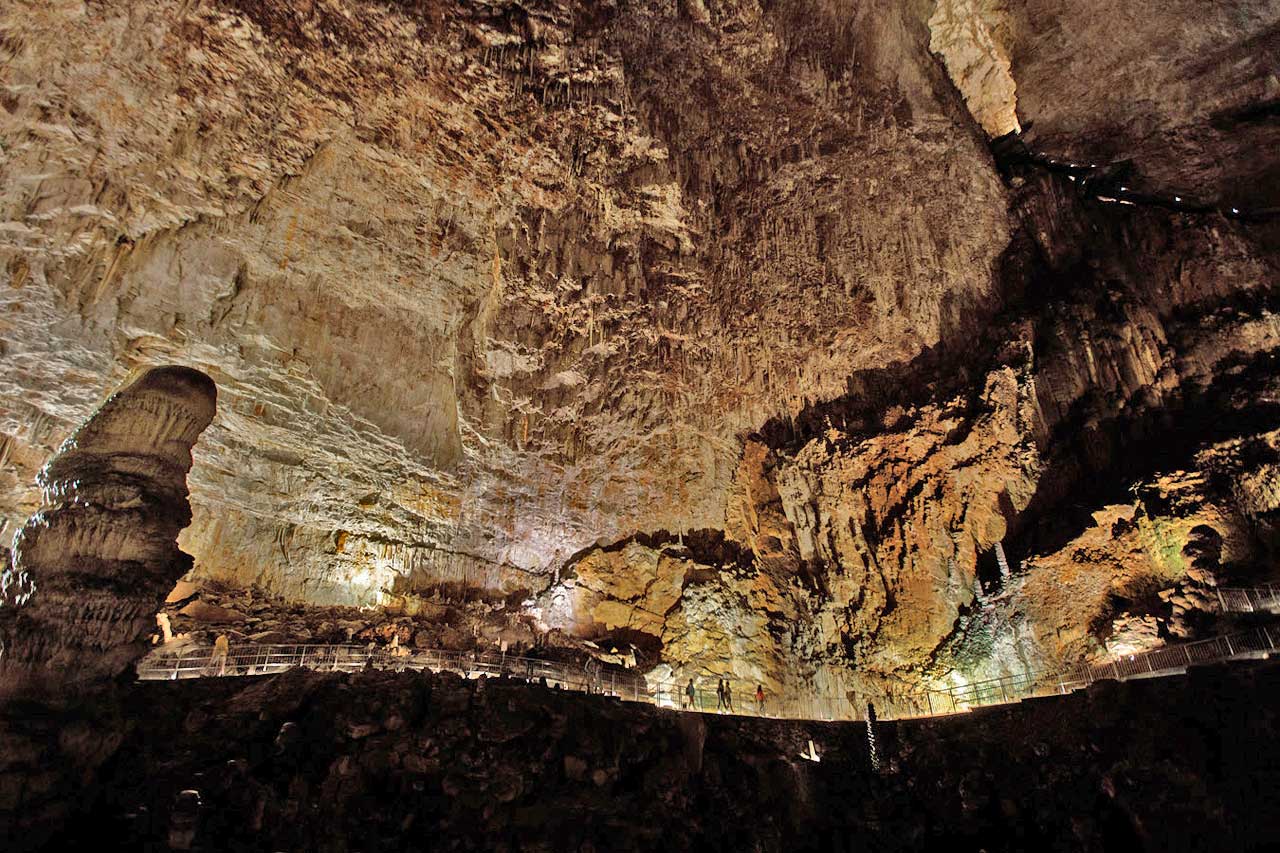 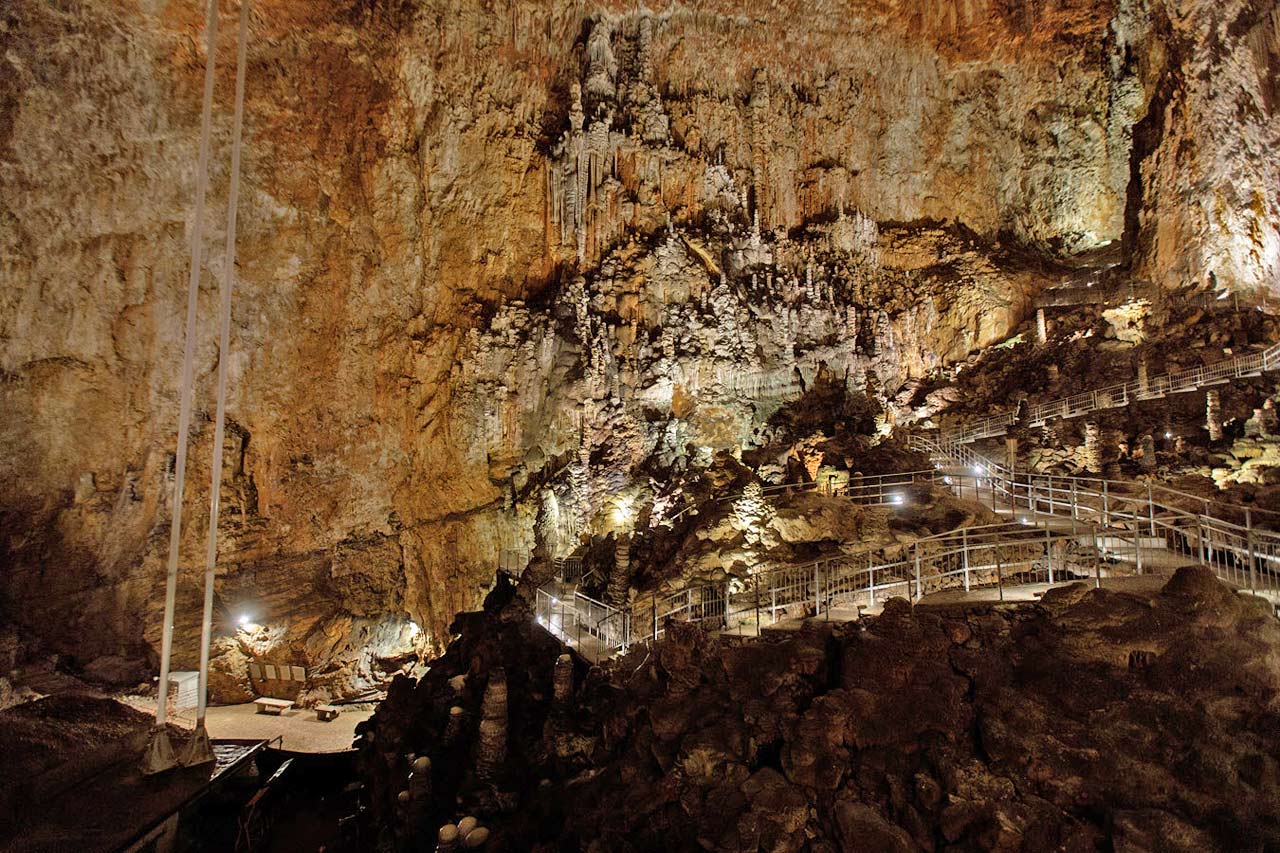 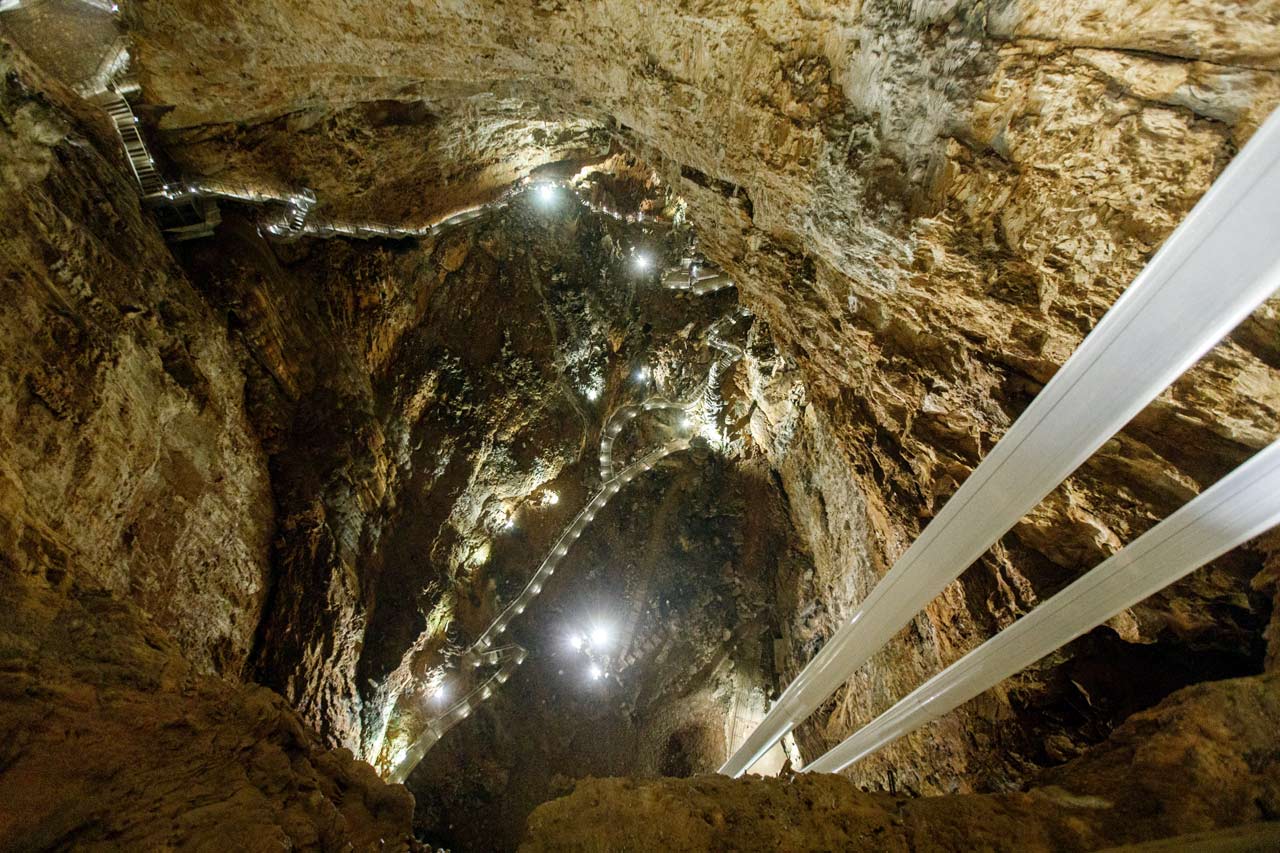 The necklace down there is the staircase at the bottom of the cave.

Grotta Gigante (Giant Cave, Slovene: Briška jama or Jama pri Briščikih), also known as Riesengrotte or as Grotta di Brisciachi, is a giant cave on the Italian side of the Trieste Karst (Carso). Its central cavern is 107 m (351 ft) high, 65 m (213 ft) wide and 130 m (430 ft) long, putting it in the 1995 Guinness Book of Records as the world`s largest show cave. This record was broken in 2010 when La Verna cave in the south west of France.

The cave contains many large stalactites and stalagmites, many of exceptional beauty. A feature of the stalagmites is their "dish-pile" appearance, formed by water dropping from up to 80 m (260 ft) above and depositing calcium carbonate over a wide area.

Its available space and the constant temperatures throughout the year have led to the placement of scientific instruments, including the two Grotta Gigante horizontal pendulums which hang down from about 100 m (330 ft), and are the longest geodetic pendulas in the world.