Lednice – Valtice, the Former Castles of the Dukes of Liechtenstein in the Southern Moravia

Not far from Bratislava, less than 100 kilometers you can discover the mondaine world of the princely family of the Liechtenstein. There are two former residencies of the Liechtenstein family in the southern Moravia. Between the 17th and 20th centuries, the dukes of Liechtenstein transformed their domains in southern Moravia into a striking landscape. It married Baroque architecture and the classical and neo-Gothic style of the castles of Lednice and Valtice with countryside fashioned according to English romantic principles of landscape architecture. At 200 sq. kilometers it is one of the largest artificial landscapes in Europe. The complex was included in the list of World Cultural and Natural Heritage of UNESCO.

Lednice is one of the most frequented places in the country thanks to its historical monuments of world importance. After 1805, the structure of the estate was influenced by the English park model which is reflected in the area around the Lednice ponds as well. The Lednice Chateau clearly emphasizes the size and unique character of the Lednice park. Centuries of reconstruction and alternations left the chateau in the Neo-Romantic Gothic style of the 19th century. There is a graceful minaret protruding from the rich park green within a sight of the manor. This minaret is a singular architectonic monument, constructed based on the design of Josef Hardmuth in 1797 - 1804. Very popular for visitors is a newly reconstructed Winter Garden.

Acquired by the Liechtensteins at the beginning of the 14th century, Valtice later became the main residence for this powerful family until the early 20th century. The Valtice chateau is considered one of the most significant pieces of evidence of Baroque architecture in the Czech Republic. As for other park buildings, Dianin chram (Diana's temple) or Temple of the Three Graces, St. Hubert's Chapel, "Rajstna" colonnade, and the hunting lodge were created between the end of the 18th and the mid-19th centuries.

Not far from the Lednice manor, on the left bank of the Dyje river, a wonderful structure, called Janohrad, was founded after 1801. The project was drafted by the architect, Josef Hardmuth. The exterior of this structure, originally conceived as a hunting lodge, imitates a Medieval ruin, in accordance with the then touch for romance. The building plan consists of four corner tower like formations marking off a square space. The frontal wing interior, decorated with ornamental mural paintings, contrast sharply with the object's external appearance. A perfect frame for the manor is the French garden and its vast provincial park, one of the largest in the Czech Republic. There are many noteworthy decorative constructions within it, for instance the the Temple of the Three Graces, the Temple of Apollon and several other structures.

Other Tips for Trips in the Surroundings:

The historical town of Mikulov is nearby. The approach to Mikulov from any direction will present you with a unique panorama and the silhouette of the chateau, Holy Hill and Goat Hill. The medieval historic centre was declared a protected town area in 1952. Dominating the skyline is the Renaissance chateau which was the residence of the Olomouc bishop, Cardinal Franz von Dietrichstein. The Regional Museum is located in the chateau and contains valuable collections which can be seen in permanent exhibitions. Of special interest is the Giant Wine Barrel and the wooden beam wine-press in the chateau cellars. Mikulov is the starting point for the instructive wine trail, which takes visitors through the Palava Hill and shows them the wine culture and tradition of Mikulov's Wine District.

You pass several villages on the way from Mikulov to the north part of the country. There are wine cellars. Stop and taste good wine (if you do not drive a car). The terrain is dominated by the Palava Hills with limestone crest. Along the way you will have a chance to visit archeological exposition in Dolni Vestonice. The famous Venus of Vestonice, a prehistoric fired clay fertility figure was found nearby. The region is the warmest part of the country, so in the summer season you can swim in the Novomlynske Reservoirs. The reservoir is popular for yachting and surfing too, as well is popular for birdwatching. The Palava is fascinating not only for its nature but for its history. Not far from the highest point – Devin (550 meters above the sea) stands ruins of medieval castle Devicky. 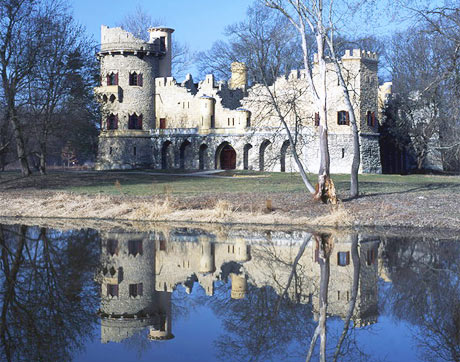