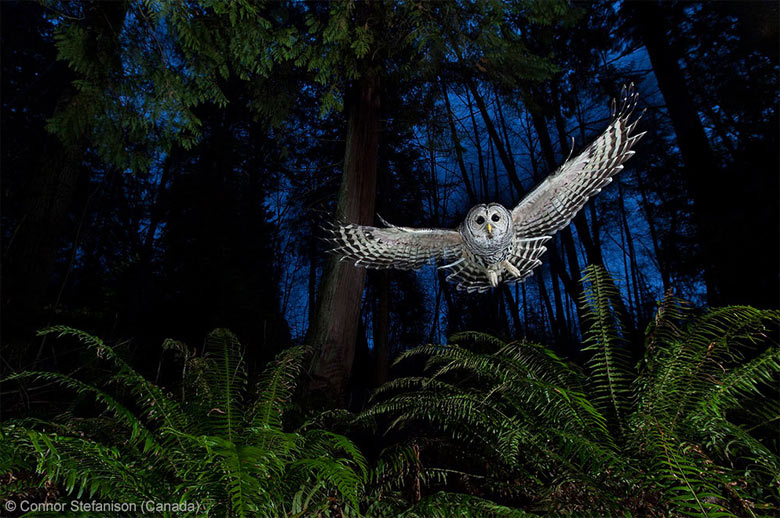 Connor’s photography The flight path draws on the wilderness skills he acquired over a childhood spent largely outdoors. This female barred owl had a territory near his home in Burnaby, British Columbia. He watched her for some time, familiarising himself with her flight paths until he knew her well enough to set up the shot. ‘I wanted to include the western red cedar and the sword ferns so typical of this Pacific coastal rainforest.’ Setting up his camera near one of the owl’s favourite perches, linked to a remote and three off-camera flashes, diffused and on low settings, he put a dead mouse on a platform above the camera and waited for the swoop that he knew would come. ‘She grabbed the mouse, flew back to her perch and began calling to her mate. It is one of the most exciting calls to hear in the wild.’