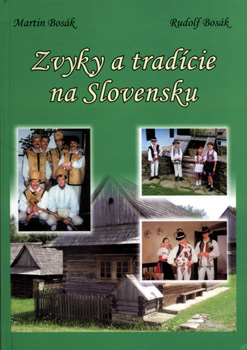 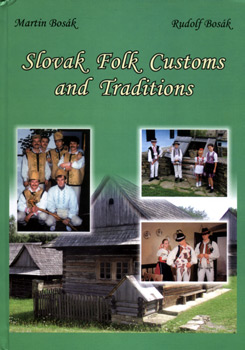 In our busy computer age, when time is at a premium, many folk customs which developed for centuries slowly vanish and are forgotten. The terms Advent, Carnival or Whitsun are unfamiliar to many of the younger generation who, however, never forget to celebrate the 14th of February, St. Valentine's Day.

Slovakia is very rich in folk customs and traditions which have their specific features based on individual areas yet maintain a common ground and nature. Some of them persist even today; however, they are more prevalent in villages than in towns.

The customs recorded in this book come from many different parts of Slovakia but could not be considered to be comprehensive because every village has its own unique customs. Reflecting on the lives of one's grandparents and great-grandparents, it is interesting to see just how their particular traditions influenced the way in which they celebrated major life passages such as births and weddings.

Brothers Martin and Rudolf Bosaks are authors of the book. Martin Bosak is editor of the Acta Mechanica Slovaca, a scientific journal, Rudolf Bosak is president of the Michael Bosak society, which focuses on educational projects for Slovak high school students.

The book was published in Slovak and in English languages. 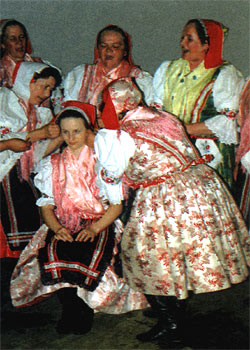 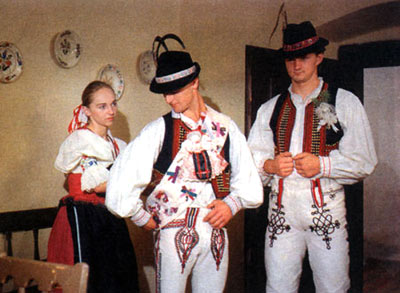 Preview from the Book: Wedding Customs

Despite the fact that today old wedding rituals and customs are not implemented to their full extent as in the past, they still remain in the memories of our grandparents who recall them.

The bride was the focal point in a wedding. As the bearer of life, she was considered to be in danger from evil forces, demons and witches. One of the ways people tried to deceive these demons was by staging a scene in which a false bride confronted the groom, claiming he was the father of her child (a doll which she brought along with her), reminding him of their marriage vows, etc. The skit represented great folk theater and was humorous and serious at the same time. Its purpose was to trick the demons that could harm the bride, and also to draw attention to a situation that could prevent a marriage.

Until the l7th century, wedding customs were the only legal form of concluding marriage. Only then, by means of the church declaration in the Council of Trent, could marriage become a sacrament. Since then, marriage has been solemnized in churches.

Wedding songs were and are an inseparable part of each wedding. Farewell songs sung to the parents reflect the full gravity of the moment, when bridesmaids, on behalf of the bride, sing and say farewell to the whole family. Saying farewell and leaving the house of the parents was probably the saddest part of the wedding. For a young girl, it meant the inevitable reality of leaving the house of her parents for a strange and unknown new home, going to a new mother, a new family, and losing everything familiar and loved.

The more insignificant the figure of the groom was, the more important was the role in the wedding rituals and songs played by his mother, the bride's mother-in-law. She was a formidable person and very often the peace and happiness of the new family depended on her. Her responsibility was to accept the new bride into the family. After the leave-taking, the bride departed from the house of her parents and went to her new home, accompanied by her wedding party, where she was welcomed at the gate by her mother-in-law.

The elders - the mayor, the bride's father and the best man - played a significant role in the wedding ceremony. They were the key characters in various phases of the wedding rituals and customs. Their speeches framed the entire wedding. The mayor, the groom's godfather and the bride's father represented the older generation. Their role was to deliver speeches, quotations from the Bible, verses and serious blessings. The mayor represented the groom in asking for the bride. He spoke on behalf of the groom and asked for the bride in the name of the groom's family. He asked and thanked them for blessing the young couple. A similar role was held by the vydavca, the bride's representative. These two characters also played their role in the serious part of the wedding.