The collection Folk Christmas Carols, Blessings and Plays presents authentic material, which was collected by Ondrej Demo – the folk music editor of the Slovak Radio. It is result of thirty years of folklore collection and research carried out during the period 1965 - 1995 throughout Slovakia (as well as part of Romania lived in by Slovaks). See the interview with Ondrej Demo in English language.

With regards to genre differentiation, carols in this collection are classified as profane, spiritual, pastoral, New Years Eve carols and carols connected to Christmas plays. There are 213 carols (with scores and lyrics). Blessing are a constituent part of caroling, walks and family visits during Christmas. Their various forms show the extent of folklore manifestations in feast-day poetry. Collection focuses Christmas plays containing a great deal of carols (songs). Songs greatly enrich these plays, which can be characterized as folk theater. There are photographs from various Slovak regions in the collection. Text is in Slovak, with English Summary.

Preview from book. (In Slovak). 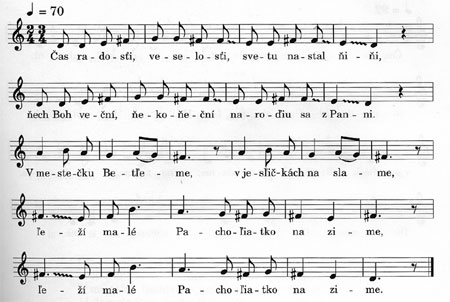 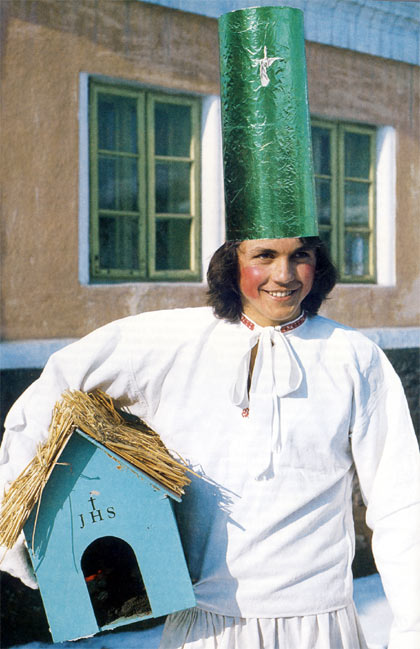 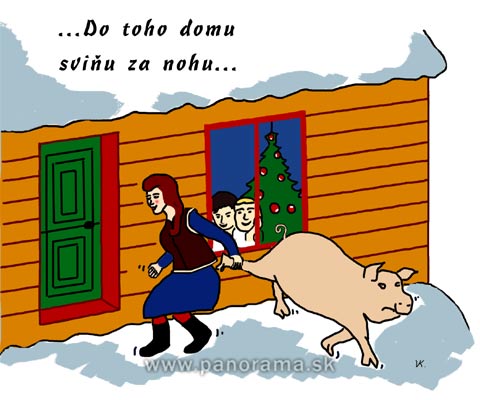