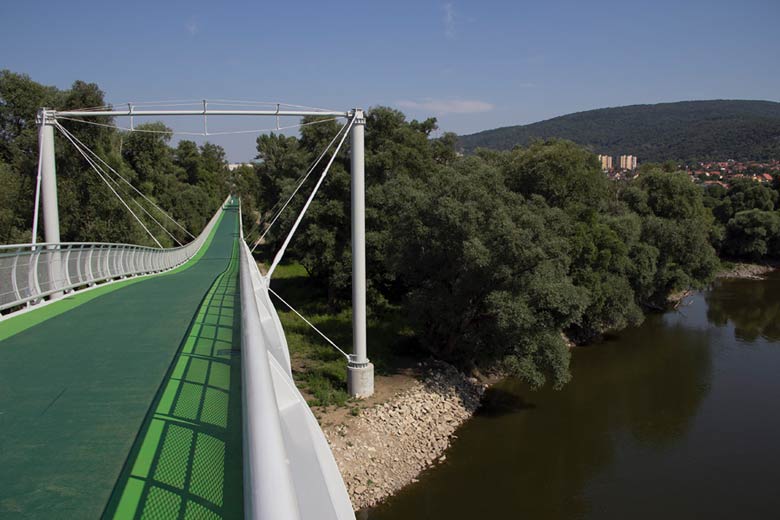 Pictures show the long-awaited pedestrian and cycling bridge between Slovakia and Austria in area of Bratislava, Devinska Nova Ves, over the Morava River. 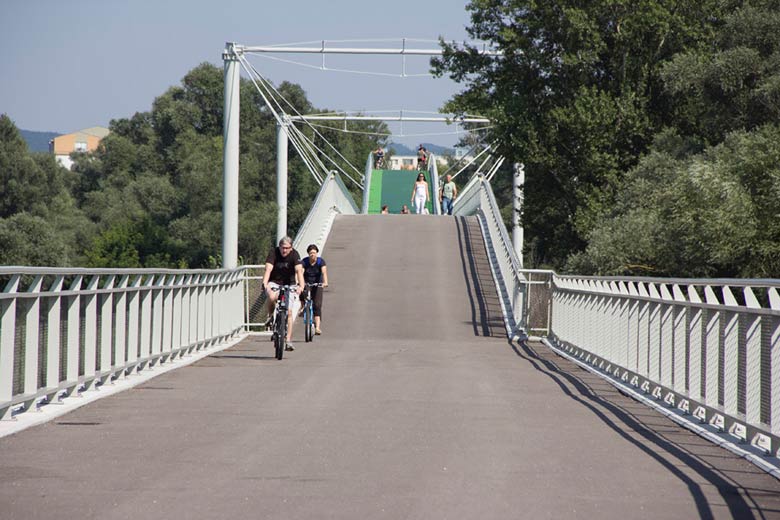 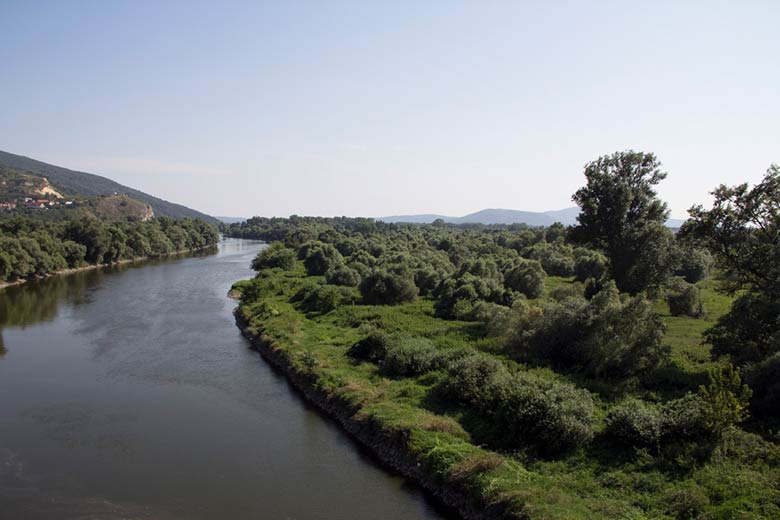 Grace to the bridge there are new possibilities of cycling and walking trips in the area surrounding Bratislava. There is a nice view over the Morava River.

There was a public vote name of bridge in Bratislava and majority of voters chose US action film star Chuck Norriss. But authorities refused this public joke and the bridge is named Most Slobody - the Bridge of Freedom.