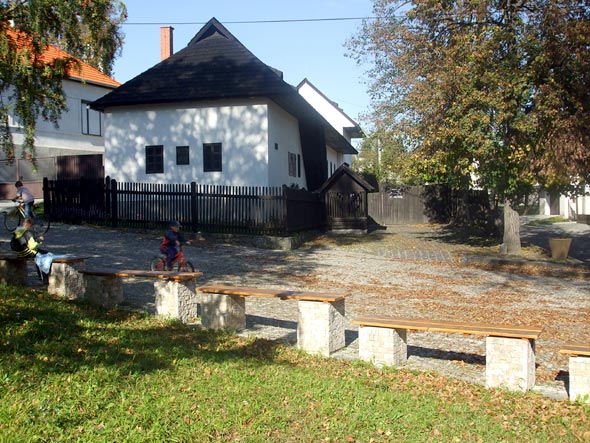 A house in Uhrovec, where Ludovit Stur and Alexander Dubcek were born.

Uhrovec, a little village of the same name is nearby. The village hides the birth place of Ludovit Stur - a house where he was born and raised. In the same house the leader of the Prague Spring of 1968 Alexander Dubcek was born. There is a museum devoted to both important persons in their home. 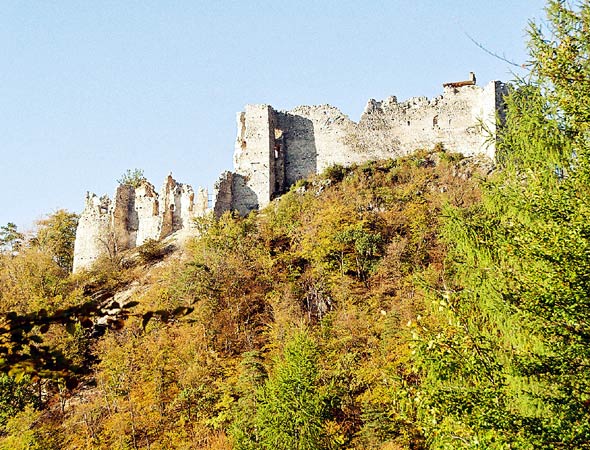 The Uhrovec Castle from Southwest.

The castle stands at the side edge of the Nitricke Vrchy Hills, which are a part of the Strazovske vrchy. The castle's altitude is about 600 meters above the sea.

There are several information tables on the way to the castle. 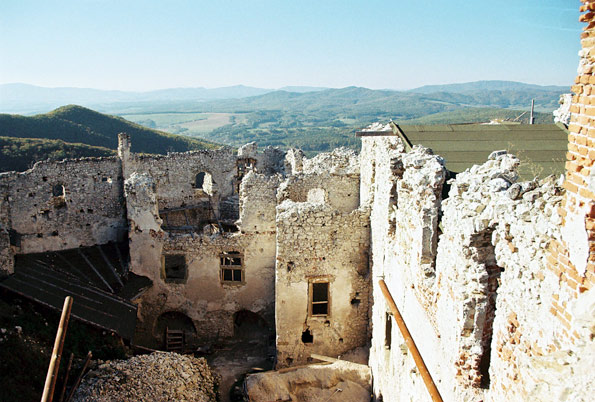 The castle is under reconstruction. 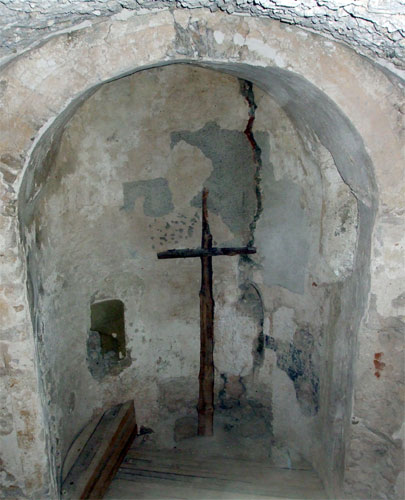 A chapel at the Hrad Uhrovec Castle.

Newly reconstructed roofs cover the upper castle and the chapel. 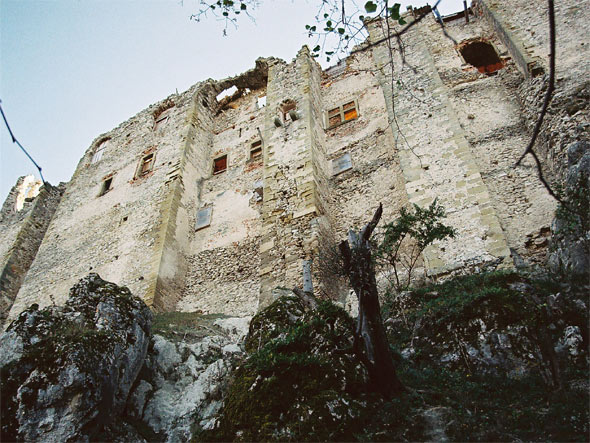 The Janko’s Hill with the Memorial of the Slovak National Uprising heroes is nearby. There is the Hotel Partizan at the same area. 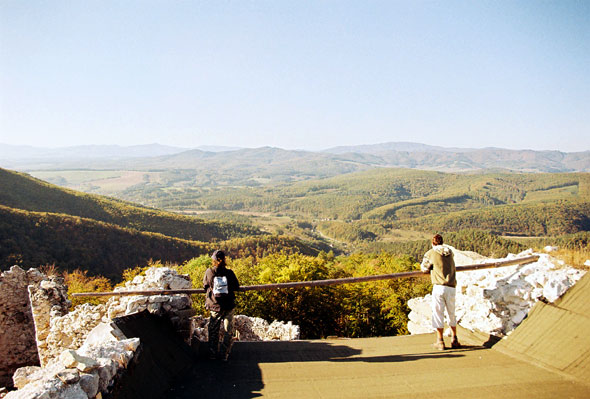 A view from the Uhrovec Castle.

By Car from Bratislava