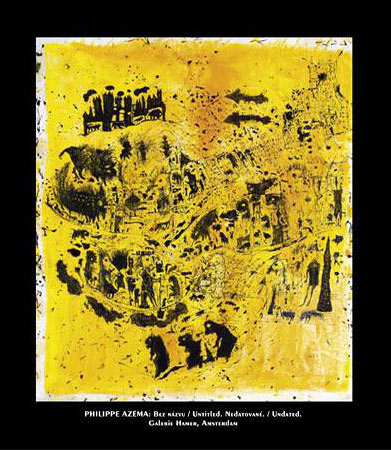 The international triennial show INSITA is a selective art exhibition, the only event of its in the international context. It presents authentic values of self-taught art – Naive Art, Art Brut (the term coined by Jean Dubuffet for so-called raw art) and Outsider Art (the term coined by Roger Cardinal for non-conformist art, not subject to conventional and fashion culture).

Every one of the eighty-six artists represented at INSITA 2010, which follows the programme and conception of the previous exhibitions, is different and unique. The differences in the expression of form and subject arise from the artists’ characters, lifestyles, and domestic environment. The artists represent different generations, education and walks of life. While artistic creation helps some of them overcome loneliness or disappointment, the work of other practitioners springs from the joy of creation.

The show is divided into several parts.

The exhibition Fabric Art, curated by Laurent Danchin, a French expert in the aforementioned phenomena, presents the different facets of inventive art – ranging from Naive Art from the beginning of the 19th century to the most enigmatic examples of ‘brutal’ art or visionary art of today. 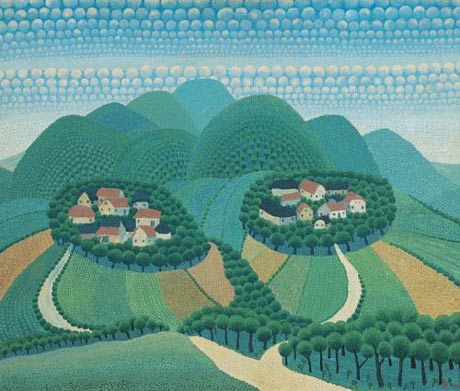 While naive artists have adopted the narrative or illustrative approach to the picture, the protagonists of Art Brut and Outsider Art are more concerned with the exploration of their inner resources, manifesting themselves in a spontaneous, automated, generally unpredictable way.

Essentially, needle art is a female skill. As an introduction, the exhibition presents delicate bead painting from the period of Romanticism by Sophie Berger (France) from 1828.

More than a century later, Rosina Baumgartner – Bäbler (Switzerland) began to embroider pictures of animals, flowers, or landscapes of the Glarn Alps, displaying her sense of beauty and colour. The patchwork of 31 framed pictures by Emma Widmer – Gass (Switzerland) resembles a huge photo album with a large mystical scene.

Poetical scenes by Petronele Gerlikiene (Lithuania) celebrate nature. Dubbed “the Henri Rousseau of tapestry”, Jacques Trovic (France) also belongs to the family of nadve poets. His art displays spontaneous and joyous compositions of carnivals and celebrations in the coalmining region of Northern France.

society and teaching her new morals in favour of universal love. The subjects of minute hand-sized embroideries by Ray Materson (USA) are masterpieces of European painting, old photographs and prison life.

While the motifs of the embroideries by Ullakaisa Kaarlela (Finland) and György Kricsfalussy (Hungary) as well as Pya Hug (Switzerland) are narrative, the world of Danielle Jacqui (France) is non narrative. Her tapestries in semi relief feature clownish faces scattered in the chaos of inscriptions and colours. 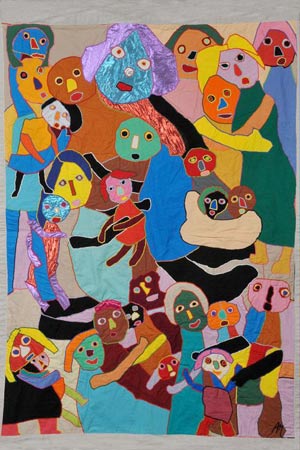 The micro tapestries by Sylvette Galmiche (France), interwoven with animals, figures and symbols, are created with total freedom and are guided simply by the laws of poetical improvisation, where the unconscious plays a major role.

Jeanne Giraud (France) is the author of jewel-like embroidered little landscapes and symbolic compositions, influenced by her beliefs: a combination of Tao and oriental wisdom, Christianity and science-fiction.

The Mini Gallery presents small collections of works by Ivan Rabuzin (1921 – 2008), the most significant Croatian "nadve" artist who created harmonious, poetical paintings of flowers and landscapes.

Robert Burda (1942), the German protagonists of Art Brut, showing his minimalistic drawings of interiors, and Kashinath Chauhan (1966) from India, the author of spontaneous elementary figures and mythological Hindu subjects. He was discovered by the Polish couple, Joanna Kosova and Krzystof Krauze, who met Chauhan in front of the Bata store when they went to India to receive the award for the film My Nikifor in 2006. The shoeblack spent his time by cleaning shoes and drawing. They immediately recognised his talent, vaguely reminiscent of the Polish artist Nikifor.

The Mini Gallery is complemented with the work of an unknown German artist and his/her interpretation of fantastical stories and fairy tales, painted in flowing handwriting with gentle modelling of volumes.

The solo exhibition of Justyna Matysiak, the Laureate of the Grand Prix INSITA 2007, from Poland, shows her drawings characterised by pure composition with refined linear structures

The competitive exhibition presents the works of 56 artists from 20 countries, included in the categories of Nadve Art, Art Brut and Outsider Art. Their work displays authenticity and absolute freedom of expression. It is characterised by specific vocabulary and morphological features ranging from expressive dynamic structures to primary forms of expression. This part of the INSITA 2010 exhibition will be judged by the international jury who will award the Grand Prix INSITA 2010 to the Laureate. 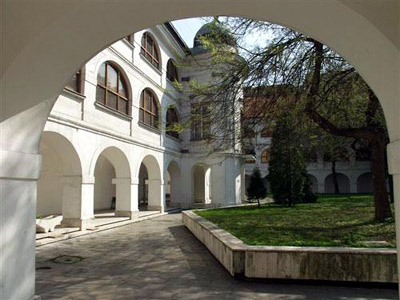 The Slovak National Gallery in Bratislava