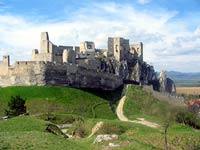 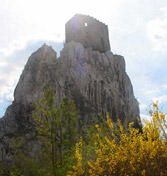 This huge limestone castle rock is a favorite site for climbers.

According to an old legend duke Stibor had built the castle as a reward for his clawn. 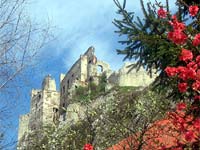 The first written records about the castle dates back to 1208. It was a frontier- guarding royal castle. Through 13th – 16th centuries it was rebuilt frequently. After fire in 1729 the castle was no longer in use. The castle ruins were reconstructed, strengthened and opened for the public in late 90-ties.

There is a little open-air museum near the castle.

Another museum - Museum of Beckov history is placed in the mansion of Ambrovec in the village. There are written records about several important Slovak and Hungarian personalities who were born in Beckov (Jozef Miroslav Hurban, Slovak writer, editor and leader of the Slovak national movement of 1848, painter Ladislav Mednansky, geologist Dionyz Stur and other personalities). 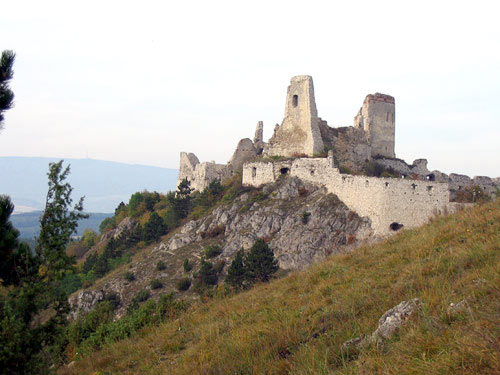 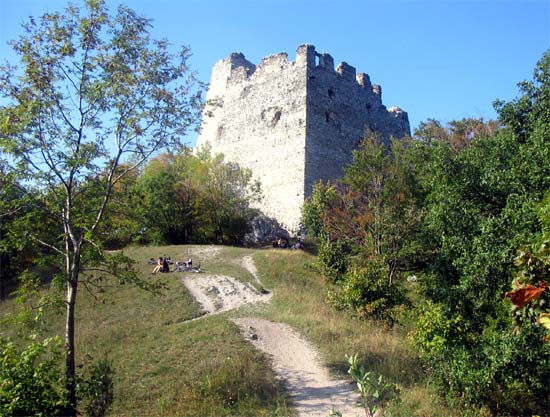